Never one to not put on a show, Maria Grazia Chiuri brought in Mimbre, all-women acrobatic team from London, to show off her circus-inspired collection. 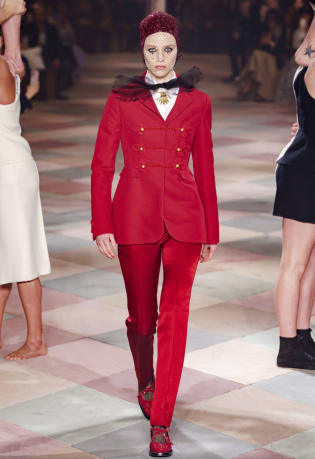 The recent 80’s obsession was in full swing at Giamba’s show, poufy shoulders and micro-mini dresses included. This season’s fetish for feathers and ruffles was also evidently taken into account, as one or the other was seen on nearly every piece that slid down the runway.

Van Herpen always creates actual works of art for Couture that I could never imagine wearing, but her collection this time had an air of wearability (while still remaining extremely inventive). 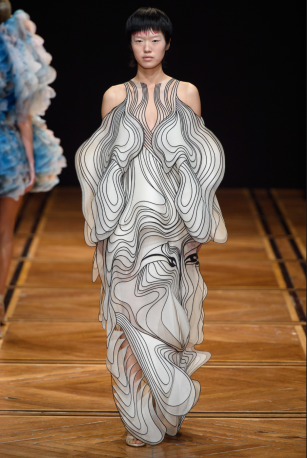 This season Bertrand Guyon was inspired by a child’s “sense of optimism, lightness, and freshness,” and translated those thoughts into essentially a Haute Couture iteration of a kindergarten craft box – sequins, feathers, ruffles, prints, he wanted it all. And it was amazing. 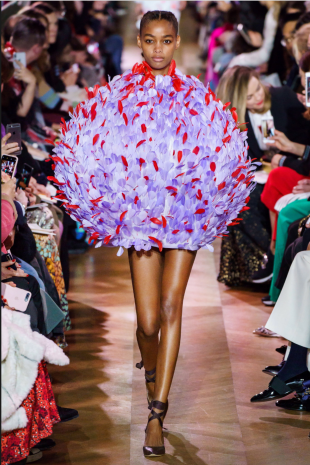